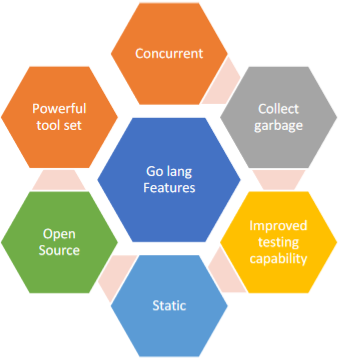 Go is also known as Golang which is a open source programming language. It is compiled and has static nature which is discovered by google. It is one of the simplest languages which can be read easily and has higher efficiency rate and high performance as compared to other languages available in the market. The syntax of Golang is similar to C language but Golang comes with added features like memory safety, garbage collection, provides structural typing etc. Golan was discovered because of the increase in complexity of the code in google. The inventors of this language were Rob Pike, Kem Thompson, Robert Griesemer. The contribution of Golang is in the major domains like cloud computing, game development companies, backend programming, Data science etc. It was basically designed for using it in cloud computing. Many big organisations like Google, Netflix, Docker, Heroku etc are using Golang to improve overall business growth. In this paper the scope and purpose of Golang will be discussed. It will explain the benefits of using Golang over java and also its advantages and challenges along with its application uses.

How to Cite
Sharma, D. A. . (2021). A Study on Golang and Understanding Why It is Better than Java: Discussing Scope, Application use and Limitations. International Journal on Future Revolution in Computer Science &Amp; Communication Engineering, 7(3), 01–03. Retrieved from https://ijfrcsce.org/index.php/ijfrcsce/article/view/2075
Issue
Vol. 7 No. 3 (2021)
Section
Articles

Most read articles by the same author(s)