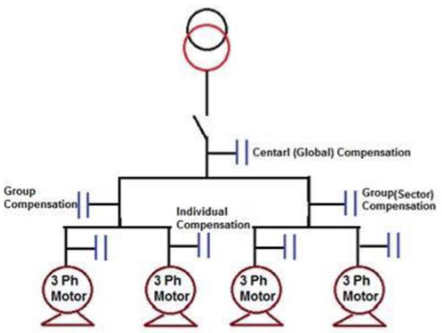 Electricity consumption is rapidly increasing, and the gap between generation and load is widening. The mismatch between demand and load causes a range of problems, including failure, low power, and, in certain cases, blackout. These issues will be solved by including Distributed Generation (DG) into the system. For maximum dependability, technological and economic benefits, and optimal size and capabilities of distributed generators, the  proper  distribution of  power systems,  kind of generating equipment, number of units, and so on are critical. Among these concerns, the difficulty of placing DG units in the best location and size is critical. Inadequate DG resource distribution to the power system will result in increased power losses. This problem is solved using genetic algorithms. For the conventional 15 bus radial distribution system, the load flow is generated using the backward forward sweep method. Load flow is used to assess the impact of DG size and location on system losses. Machine losses rise as a result of inappropriate DG allocation. As a result, the genetic algorithm (GA), an evolutionary process, is being researched, and an algorithm is being created to discover the appropriate size and position of the distributed generation unit in a radial distribution system. The overall active power losses are reduced, and the voltage profile is improved due to proper DG allocation. Introduces a multi-objective feature that accounts for active power losses, voltage changes, and DG costs, with each variable given a weight. Voltage limits, active power loss constraints, and DG size limitations all affect objective feature minimization. This method is utilized on the conventional 15 bus radial distribution system.