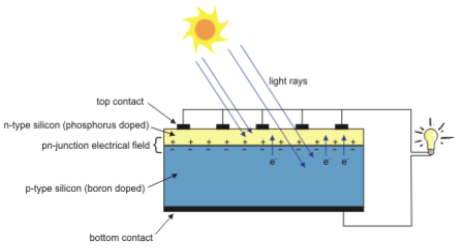 Renewable energy sources, as the name implies, are sources that can be renewed over time and are therefore inexhaustible resources since they are available in an infinite quantity. Water, biomass, solar, geothermal, and wind are among the most widely used renewable energy sources. Renewable energy sources are in high demand due to the continuing depletion of fossil fuel and oil reserves. Furthermore, these nonrenewable resources threaten the environment by increasing carbon dioxide levels in the atmosphere. Solar energy has been described as the best green energy resource with the greatest potential of all known renewable energy sources, and hence it can serve as the best substitute for conventional resources. Solar energy has gained a lot of attention in the last decade all over the world. As the most well-known field, it is the subject of numerous studies in order to extract the maximum amount of energy. The demand for solar energy is rising at an exponential pace because of its various benefits, including the absence of fuel costs, pollution-free activity, and low maintenance.The purpose of this research is to perform the numerical model of the 1MWp and 100 kWp   solar power plant for different manufacturing technology as well as locations. The research has been done using PV-Syst programming tool and it was utilized to create model of the plant and the research of losses and the demonstration of the proposed power station. Diverse assembling strategies and distinctive guidance plans have been used for the techno economic analysis of system.